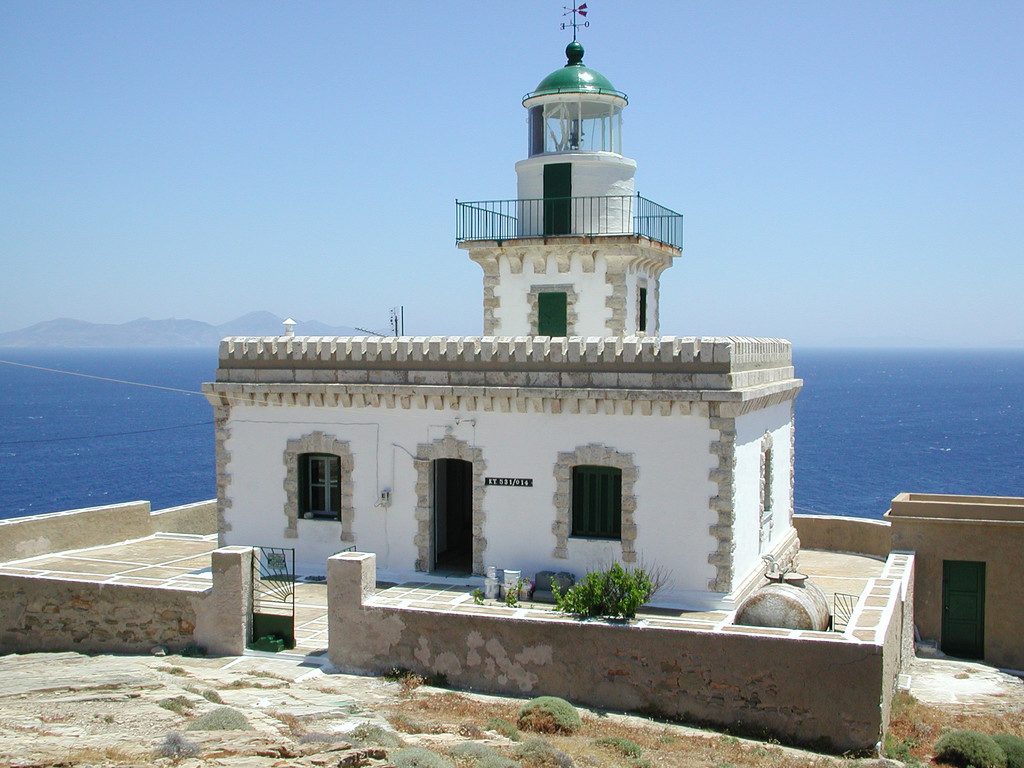 Let yourself be one with nature and be enchanted by the rare beauties of Serifos.

It served as an observatory for the protection of ancient mines and is on the way to Chora towards the villages of Megalo Livadi and Koutalas, before the main intersection.

This particular monument is located on the edge of Megalo Livadi beach along with the old Administration, which housed offices, workshops, warehouses of the mining company. In the settlements of Koutalas and Megalo Livadi the visitor can admire other periods. Crates, transport wagons, loading stairs, underground arches and rails half-broken bridges are a mining museum in the heart of the island.

The windmills are the characteristic feature of Ano(Upper) Piazza of Serifos, as well as all the Cyclades. In the Chora of Serifos(Piazza of Windmills) the visitor meets three perfectly preserved windmills. The type of these windmills is called "one-weather" because it uses only a specific type of weather.

It is the busiest sign of Chora and is being sued for relaxation at all times of the day. Here you will find some of the most interesting places on the island. The trademark is the neoclassical building of the Town Hall.

Descending the Piazza of Windmills, on the first left turn there is a path leading to the old laundry room. Previously, in the troughs that existed, the residents washed clothes by taking advantage of the torrent, which descends from the slope.

In the southern part of the island (Cape Spathi), there is the Lighthouse of Serifos. The construction dates back to the 19th century and has all the comforts. During the summer season, it functions as a resort of officers, who live with their families and are considered as guardians.

On the eastern part and on the road to Psili Ammos beach is the Serifos Barrier. It serves the irrigation of agricultural estates while the water supply is carried out by a network of natural sources and wells.

-Cave of the Cyclops

Close to the White Tower there is a path leading to the so-called "Throne of Cyclops". It is a large building of stony stones. There is also a nearby entrance that is not accessible. It is rumored that previously in the cave there were stalactites and stalagmites and various clay utensils and fossils.

It was founded in 1978 by the Association of Serifos. It is located in Kato Chora and here you will find household utensils, textiles, furniture, traditional costumes and rich photographic material from the tradition of Serifos.

It dates back to the 4th-7th century BC and is located in Ano Chora. There the visitor can admire archaeological finds, sculptures, amphorae and tombstones.